When the owners of this Dartry home purchased it, it was in good condition and had been well maintained, however, they wanted it to reflect both how they planned to use the space, as well as their personality. .

It was the task of the interior designer Caroline Flannery. She explains that when she first saw the house, “the kitchen was long and narrow with little natural light, and the two large reception rooms at the front were completely closed off from the rest of the house and looked formal. There was a library with a desk on the landing which again had little natural light and the main dressing room was at the front of the house and offered little privacy.

Caroline’s approach was to initially reconfigure the layout. “Hitting the wall between the front reception room and the existing kitchen, we created an open plan kitchen/dining/living room, flooding the entire space with the most glorious light,” she explains. “The custom painted wood kitchen is in the same position as the old kitchen and the island is where the wall was.”

She also created a hidden utility room and replaced the flooring with semi-solid walnut, creating a flowing feel and adding warmth to the downstairs. 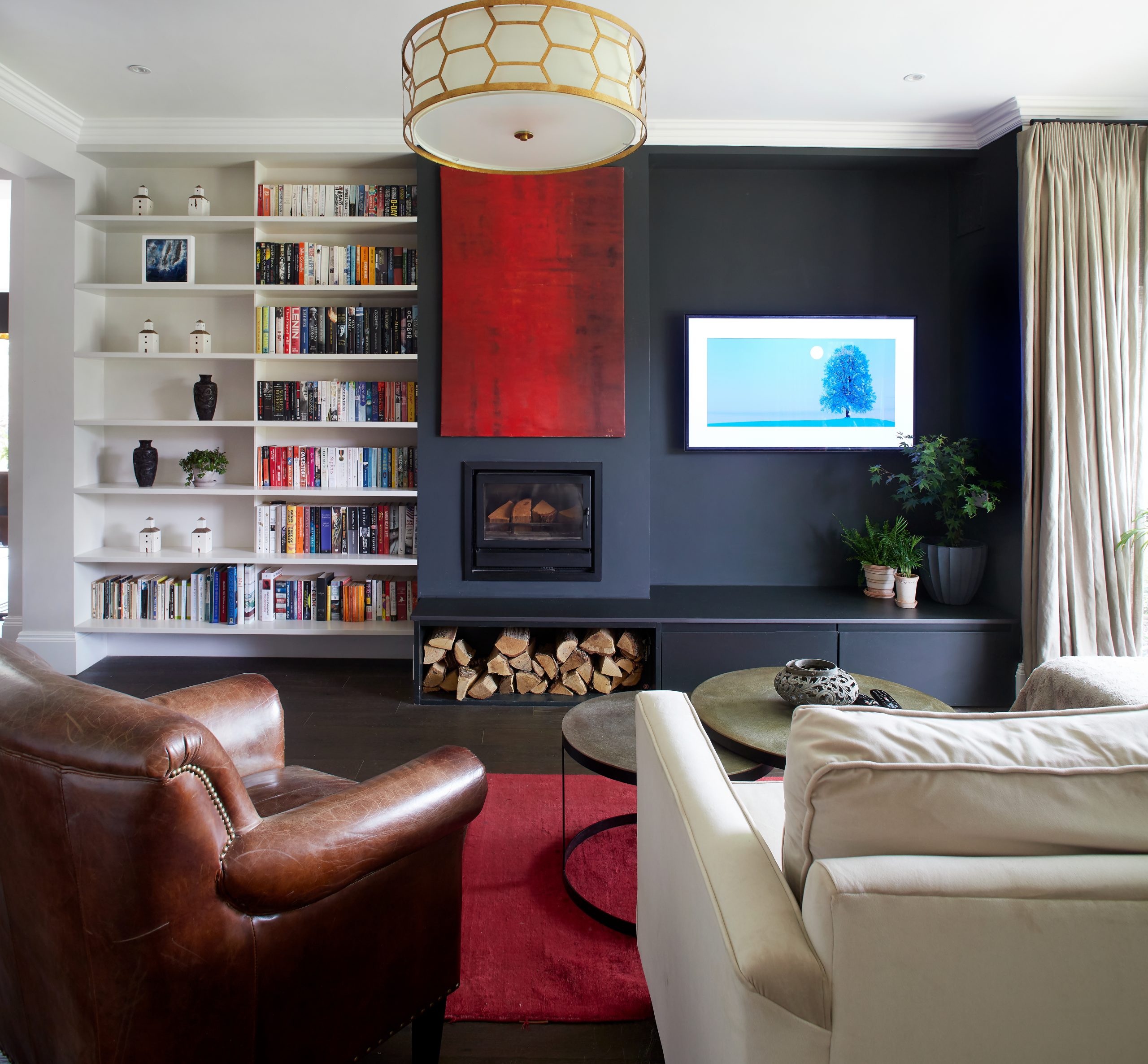 In the dining room, “the doors have been replaced with bespoke critall-style doors that open out to a private courtyard with a trellis and seating area,” says Caroline. Bespoke joinery runs throughout the house, while upstairs the master bathroom has been remodeled to create a hidden dressing area.

Space from the old dressing room and library has been used to create a guest bedroom that doubles as a home office and music room. The main bathroom has also been renovated and both bedrooms have been redesigned to add elements of the occupant’s personality. 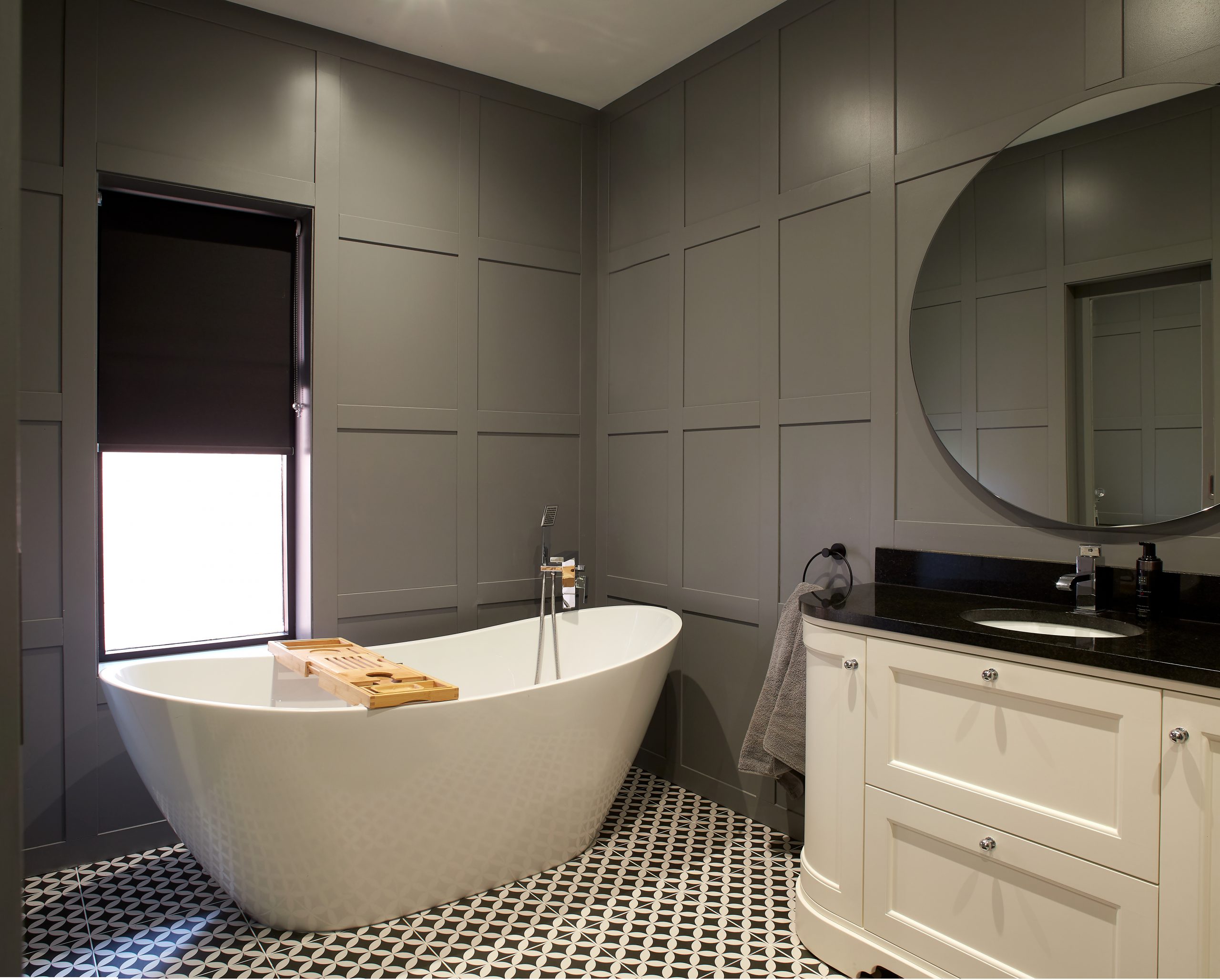 Personal family touches are found throughout the design. Meals with family and friends were a priority for them, so a large dining room clad in reclaimed wood prioritizes this, while the family’s many books have been housed in multiple rooms.

“There’s an adorable bouncing pup who is also an important member of the family, so it was important that the interior was pet-friendly, and he hasn’t been banned from any of the rooms,” says Caroline. 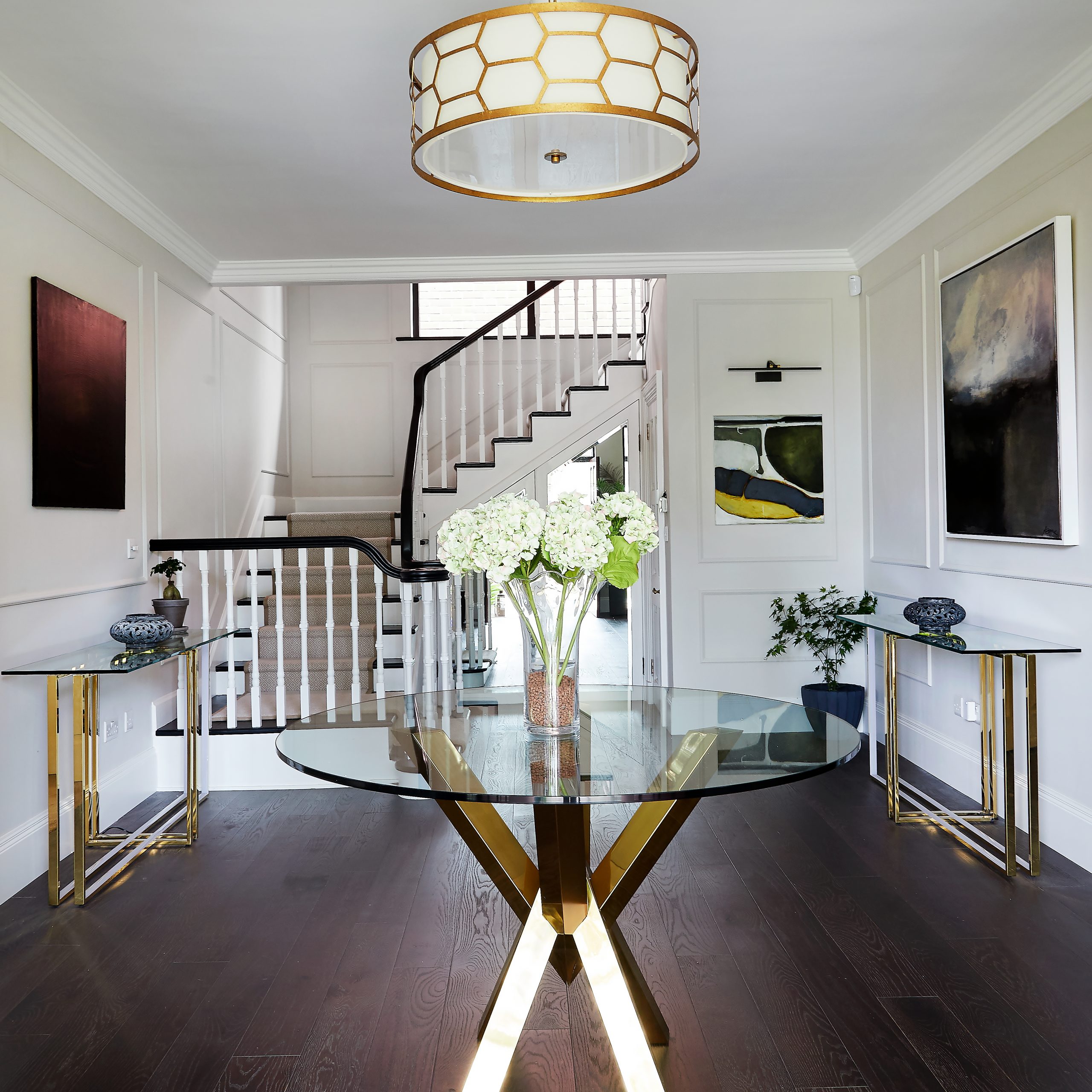 The owners also have an impressive art collection which has been incorporated into the design. “The wonderful collection of artwork deserved to be given pride of place,” says Caroline, “so we created an almost gallery-like space in the lobby to facilitate the enjoyment of the paintings. lack of natural light is perfect for preserving paintings and the scale of the space allows each room to be fully appreciated.It’s a lovely welcome home: impressive without being showy and very special and unique to the family. ” 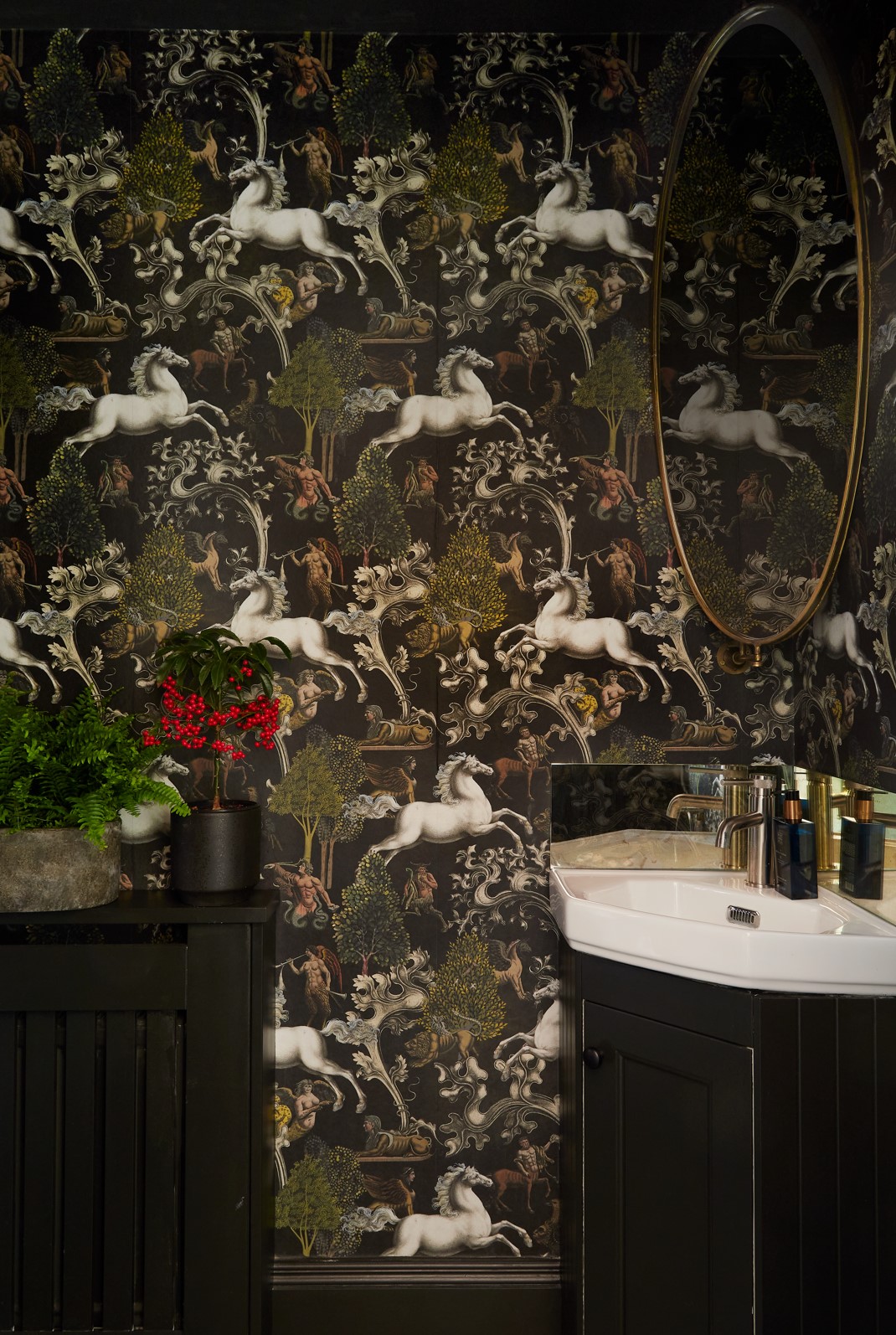 Throughout the house, a warm and inviting atmosphere is created through natural materials, soft textures and soft shades. “The paints are from Little Green, Farrow & Ball and Colourtrend, the curtains are 100% French linen and are all made to measure and mounted on quiet tracks. Most of the upholstery is bespoke and the fabrics are a wonderful tactile blend of matte velvet, buttery leather, plush cashmere, linen and soft wool.

Overall the feel is luxurious yet relaxing, and Caroline is happy with how the design captures the personality of the guests. “I love the element of surprise we’ve created in certain spaces such as the wallpaper and fixtures in the tiny basement WC, there’s an eccentric confidence that’s sometimes subtle and sometimes not so subtle, and I think it reflects the personality of my client very well.”