My bookshelves are a place where a biography of Bartley Gorman, the gypsy king of Irish bare-knuckle boxers, leans against a grim-covered paperback edition of The Lady of the Lake, alongside an anthropological study of the extremity north of Halifax, one shelf lower. of a history of the screwdriver.

The great books are mostly untraceable. Rather than John Kenneth Galbraith’s The Affluent Society, I own a copy of The Scotch, about its Caledonian predecessors who settled around Lake Erie. Somewhere, I have to think, there are copies of Fifth Business or What’s Bred in the Bone, but when I went looking for them yesterday I could only find The Table Talk by Samuel Marchbanks, written before most None of us know who Robertson Davies was. 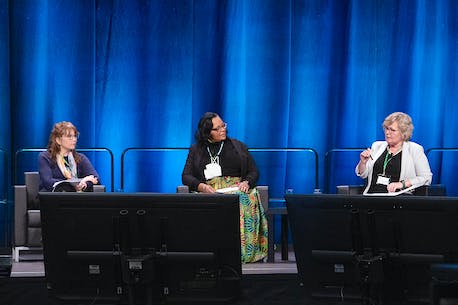 I mention this to illustrate that strange volumes find their way into my house – a disproportionate number of titles on jazz, which I really rarely listen to, and on fishing, a difficult hobby to indulge in when you don’t have no more stalk fly – and, once inside, rarely find their way back.

It’s a happy situation for a whole host of reasons: because I love books, the way they look and feel, but also because when you own a book, you share something with those who wrote it or owned it before you. At least that’s how I see it.

Sometimes this link is obvious. From the entries inside the book, I know that my grandfather, once Glace Bay Boxing Commissioner, owned a 1955 copy of Nat Fleischer’s Ring Record Book and Boxing Encyclopedia, as I understand that Clarence DeMont also won a Glace Bay Road Race, which I know of because one of the organizers recorded his victory in the book given to him as a prize.

Often, however, the connection is less obvious. I still feel an affinity with the unknown person who shared my interest in TE Lawrence enough to have cut a 1961 Esquire magazine article on Lawrence of Arabia and pasted it into a 1955 copy of The Mint by A/c Ross , the name with which the hero of the Middle East re-enlisted as an anonymous airman after returning to England.

“Sometimes when you open a book, especially an old one, friendships unfold right before your eyes.”

I also feel connected through time to the person who cut articles that appeared in this journal from 1968 to 1973 on topics such as propagating houseplants from leaf cuttings and tuberous begonias and has them neatly folded into a Nova Scotia plant book until I found them two years ago.

As I do, more cryptically, to the human who stuck a receipt for what I believe to be $4.75 inside a 66-year-old copy of The King’s Tragedy Lear, which somehow ended up in my possession where it remains unread, possibly forever.

Sometimes when you open a book, especially an old one, friendships unfold right before your eyes. So, for example, I know that someone whose name I can’t decipher was sufficiently attached to his “dear friend, Senator Dennis”, former owner of this newspaper, to give him a copy of The Amazing Bob Davis, as a 1944 Christmas present, playfully inscribed with a drawing of a squirrel eating an acorn.

Just as I know for Christmas 44 years later, a guy named Robert “with love” gave a woman named Helen a copy of Edith Iglauer’s non-fiction gem, Fishing With John.

That 15 years later, a couple, Ned and Ethel, presented a copy of A Greener Thumb: The Complete Guide to Gardening in Canada to someone named Diane with the same depth of affection.

And that for Christmas 1982, Eric gave his friend Tom a copy of One Man’s Meat, by EB White because “not only do you share something of White’s worldview, but there are several striking similarities between his farm of salt water and what Mahone Bay means to you.

On the title pages of the books, questions also arise. What would CG Jung have thought of the grumpy, apologetic manner in which Mary T. inscribed her name on the title page of the paperback edition of her Memories, Dreams, Reflections?

I am convinced that RC Grant was a meticulous individual because he owned a fine 1940 first edition of Native Son by Richard Wright, which he kept as new – and that Hilda C. Miles was a book lover because she put her own hand – printed Ex Libris plaque inside the 1941 edition of Barometer Rising, by our own Hugh MacLennan.

Yet all I know of Vernon E. Johnson is that he had excellent penmanship and may have spent time on the Margaree River since owning a 1958 copy of the classic by Lee Wulf, The Atlantic Salmon.

Still, I think of him all these years later.

How I hope that one day, in the very distant future, someone will also wonder when they walk into a second-hand bookstore and pick up a copy of Bannock Beans and Black Tea, by Gregory Gallant, the Ontario cartoonist who produced wonderful graphic novels under the pen name Seth.

Our imaginary browser can then turn the first pages and stop. Who was this Jean to whom the author wrote his book, they will wonder all these years later, and was he really as short and stocky as the cartoon that accompanied him?