My mom is an artist and even designed psychedelic doors for professors in the biology department at Penn State. I’ve always been surrounded by art and art studios, which really influenced my writing. The covers of my books are therefore very important to me and sometimes even inspire me in future fiction.

From the very beginning with FSG, for the paperback covers of Southern Reach, I was so grateful for how the designers and artists could give the reader an entry point to my work that conveyed the weird and mysterious elements, but was also playful and really creative and not your usual thing. Looks like these books are setting the tone not only for future MCD/FSG covers, but for all foreign language editions as well.

So their work on the English editions, the skill of the art director as well, really had that ripple effect. If you look at the foreign language editions, where they don’t adapt the American covers, they still try to be true to the wonderful freshness of those covers. Also given that a positive evocation of nature is important to me, and that the beauty of our world is often a counterpoint to the sometimes dark things that happen in novels, I was truly blessed with these covers. So it was nice to have a conversation to convey my enthusiasm and talk a bit about the process.

Jeff Vander Meer: I loved the covers of The Ambergris Trilogy and Salamander Hummingbird. the Humming-bird the cover in particular was a departure from my past cover designs, but a beautiful one. I’m curious how you decide to put a new cover on a set of paperbacks and how you go about redesigning it – how do you consider the original cover when creating the new cover?

Alex Merto: The reason we decided to explore a new cover for the paperback of Salamander Hummingbird is because we wanted to create something bold and graphic that could work as a full series design. I knew we had at least Salamander Hummingbird and The Ambergris Trilogy to start with, and that’s already 4 books to design (EEK!) so it was important to come up with something that we would be passionate about even beyond that.

Tyler Comrie: When moving from hardcover to paperback, there is a sort of balance to be taken into account. We wanted to create a fresh and distinct look, but we also wanted to maintain some sort of connection to the original. In the case of Salamander Hummingbird, which was the first cover of the series to be designed, we looked at all the different editions and saw the hummingbird featured prominently. It was the obvious thing to put on the cover, which is what we usually try to steer away from as designers, but we felt it lent itself to a lot of visual possibilities, so we decided to let that be the focal point of the paperback. 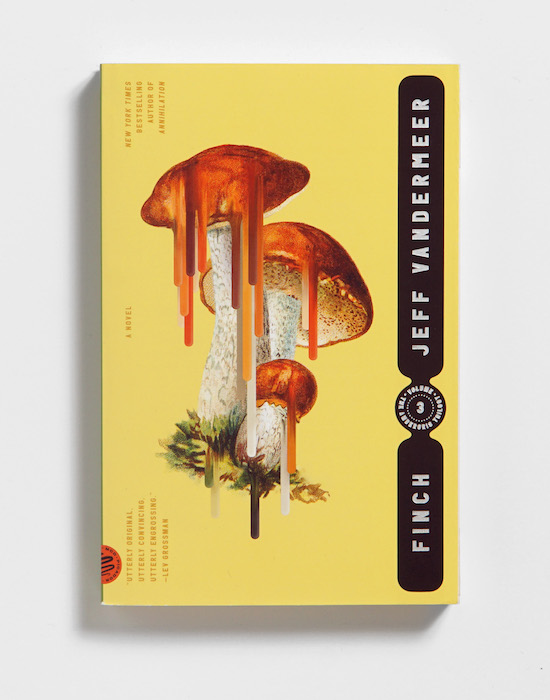 JV: Tyler, you did the (amazing) illustration for Thick headed, which was my first introduction to Rodrigo Corral working on my covers. How did they get you back to work on my books? And Alex, was it intentional to bring in someone who had that experience?

A M: The goal was to create a system that connected the books together but also left room for exploration and made each book feel new. As a starting point, we looked at some of Jeff’s previous cover designs and the two X-area and Thick headed jumped on us. And that’s where Tyler Comrie comes in. Alongside Rodrigo Corral, he helped create these iconic covers.

CT: I worked at FSG for several years outside of college and had the opportunity to work with Rodrigo first on the hardcover package of The Southern Reach Trilogy, then later Thick headed. It was a very formative time for me in discovering my process when it came to designing book covers and I guess it has shown its influence in some of my work since. Alex and I have worked closely together over the years and I guess he recognized some of that as well when he decided to hire me. 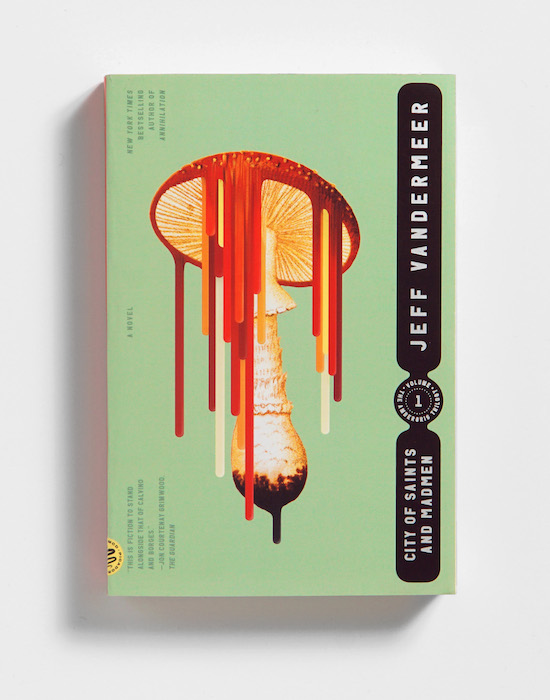 JV: What things did you feel like you were trying to express or capture in the covers?

CT: What I learned from the experience of working on some of the previous books is that there is a unique contrast that exists in your writing, in that there is a great respect for nature and the beauty that exists there, but there almost always seems to be an underlying tension that puts that beauty at risk in a destructive way. In my mind, focusing on this contrast and tension was essential, and eventually the solution presented itself clearly.

During Alex’s initial design exploration, he found the source image we used for the hummingbird, which he shared with me. I then started playing around with different ways to disrupt or destroy it, and eventually discovered something beautiful in stretching the colors of the gorget. 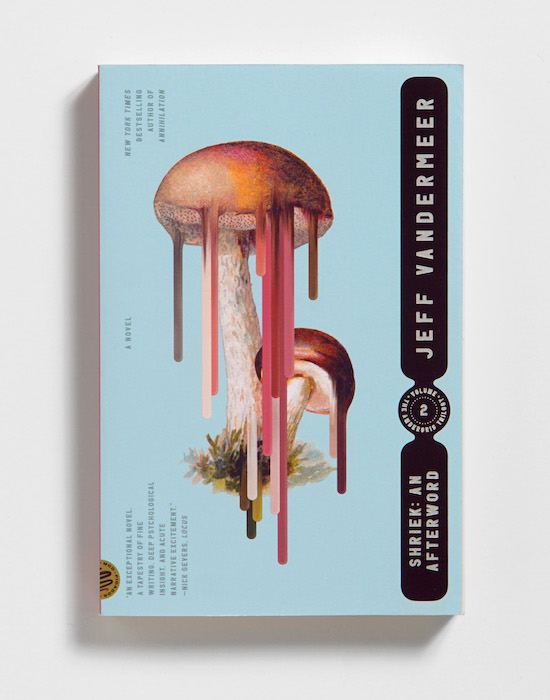 Once we settled on this design, it was clear that the series would be item-driven and it set the stage for how we would approach the Ambergris Trilogy covers as well. Again, we focused on the tension between beauty and destruction and applied the same visual treatment to the fungal element that exists in the world of Ambergris. In this case, we were able to find excellent background images that also coincided numerically with each book in the series.

Finch, Shriek: an afterword, and City of Saints and Fools are available through Picador.