On the shelf of non-fiction

‘Joseph and the way of forgiveness: a biblical tale told » by Stephen Mitchell (St. Martin’s) reads like a romantic treatment of the story of Joseph, when he was sold into slavery by his brothers. Mitchell inserts brief mediations into the narrative, shedding light on ideas. Of Joseph, he wrote: “True forgiveness,” he had learned, “is the realization that there is nothing to forgive.

Translated into English for the first time, “Renia’s Diary” by Renia Spiegel with her sister Elizabeth Bellak (St. Martin’s) is the account of the experience of a young Jewish woman in hiding during the Holocaust, including her poetry. The tragedy of Renia’s last days in 1942 was recounted by her boyfriend and the introduction to the book by Deborah Lipstadt.

A thesis, “The Odyssey of an Apple Thief” (Syracuse University Press) chronicles Moishe Rozenbaum’s childhood in pre-war Lithuania and his escape to Russia, where he served in the Red Army, again escaped and settled in France.

“Believers: Faith in Human Nature” by Melvin Konner (Norton) is a defense of religious belief, based on findings in neuroscience and anthropology and on the personal experiences of the author, a well-known non-believer who grew up in an Orthodox family and studied closely other cultures and religions. It shows that the capacity for faith is ingrained in human beings and that religious experiences can alter brain states.

“The JDC at 100: a century of humanitarianism”, edited by Avinoam Patt, Atina Grossman, Linda G. Levi, and Maud S. Mandel (Wayne State University Press), is a collection of faculty essays reflecting on the history of the American Jewish Joint Distribution Committee and its continuing impact on Jewish communities around the world.

For 10 years, Lis Harris traveled back and forth between two families, crossing East and West Jerusalem, in order to understand the conflict between Israelis and Palestinians on a daily basis and over generations. The author of “Holy Days: The World of a Hasidic Family” and other books, she probes their visions of history and the future, their losses and their hopes in “In Jerusalem: three generations of an Israeli family and a Palestinian family” (Tag press).

“Under my hat: How Orthodox women are shaping the future of Judaism” by Sally Berkovic (Ktav) is a new edition of the book from 1997, with the addition of new material on the developments of the past two decades. It raises important questions and challenges for Jewish women straddling orthodoxy and modernity.

A memory of the Holocaust, “The auditor” by Irene Oore (University of Regina Press) tells how her Jewish mother told her war stories, including marrying a kind Polish officer to escape the death camps and keep her own mother and sister alive.

“In the shade of Freud’s sofa: portraits of psychoanalysts in their offices” by Mark Gerald (Routledge) is a work of art, dissertation, story and analysis, showing the levels of meaning in space and office design, and the connection to emotional life and processing. Over 50 color photographs are included.

Seeking to understand the dramatic divide between American and Israeli Jews, Daniel Gordis, in “We are divided” (HarperCollins), recognizes the long-standing differences and challenges that divide communities and emphasizes the role of better communication and shared moral commitment.

In “The Survivors: A Story of War, Legacy and Healing” (Harper Collins).

“Parkchester: A Bronx Story of Race and Ethnicity” by Jeffrey S. Gurock (NYU) documents over 80 years a planned neighborhood in the East Bronx built by Metropolitan Life, first open to predominantly white ethnic groups and later integrated, still a place where people of different origins have managed to live together in harmony. The author, a New York historian, grew up in Parkchester.

A thesis, “Mixed Messages: Reflections on an Italian Jewish Family and Exile” by Eleanor Foa (Centro Primo Levi), traces the author’s discovery of her family history and legacy as distinguished 16th-century printers in northern Italy.

By exploring a little-known resurgence of the anti-Semitic phenomenon, “The charge: bloody libel in an American city” by Edward Berenson (Norton) presents an in-depth analysis of local events as well as historical context, examining both American and European anti-Semitism.

“The Newish Jewish Encyclopedia: From Abraham to Zabar and Everything in between” (Artisan) is an illustrated guide, smart and comical, well tuned to this moment.

In “Return to the Reich: the secret mission of a Holocaust refugee to defeat the Nazis” (Houghton Mifflin Harcourt) Eric Lichtblau tells the story of Fred Meyer, a Jew who escaped Nazi Germany in 1938 and returned as an American commando, parachuted behind enemy lines and posing as a Nazi officer and French prisoner of war.

“Generation Friends: an inside look at the show that defined an era of television” by Saul Austerlitz (Dutton), released on the 25th anniversary of the series, is a behind-the-scenes look at the creation, development and legacy of the series.

Based on new archival documents and interviews, “The Jews Should Be Silent: Franklin D. Roosevelt, Rabbi Stephen S. Wise and the Holocaust” by Rafael Medoff (JPS) discusses the reasons for FDR’s policy regarding its reluctance to admit Jewish refugees.

In “The Life and Afterlife of Harry Houdini” (Avid Reader Press), Joe Posnanski examines the extraordinary life of the most famous magician and his lasting legacy, almost 100 years after his death.

Historian Sarah Abrevaya Stein studies a large family archive of letters and other documents to tell the story of the Sephardic Levy family who originated in Salonika, Greece and then spread across several continents in “Family documents: a Sephardic journey through the twentieth century” (Farrar, Straus and Giroux).

In “What we will become: a mother, a son and a journey of transformation” (Houghton Mifflin Harcourt) transgender rights activist Mimi Lemay details her young son’s transition, as well as her own journey, after leaving the ultra-Orthodox world she grew up in.

“Hebrew melodies” by Heinrich Heine, illustrated by Mark Podwal, translated by Stephen Mitchell and Jack Prelutsky with a preface by Elisheva Carlebach (Penn State University Press), includes a new translation of the cycle of poems considered to mark the poet’s return to his Jewish roots, with illuminated illustrations by Podwal.

Bob Mankoff writes: “I still think it’s strange that the Jews, the People of the Book, have finally become much better known as ‘The People of the Joke’. He shares his favorite Jewish cartoons, from his own collection and other cartoonists, in “Have I a Cartoon for You: The Moment Magazine Book of Jewish Cartoons” with a preface by Roz Chast (Mandel Vilar / Moment Books).

“Becoming Eve: my journey from ultra-Orthodox rabbi to transgender woman” by Abby Chava Stein (Seal Press) is a memoir of the first son of a rabbinical dynasty. Ready for leadership (the 10 generation descendant of the Baal Shem Tov), Stein grew up feeling badly sexist in a highly segregated society, and is now an activist and leader in the struggle for gender freedom. Stein was shortlisted for The Jewish Week’s “36 Under 36”.

On the shelf of fiction

“On the rue de la Division” by Goldie Goldbloom (Farrar, Straus and Giroux) takes place in the Hasidic community of Williamsburg, Brooklyn, focusing on the life of a future great-grandmother, with 10 children, at an unusual time. The award-winning author is a Hasidic mother of eight children.

“Live a little” by Booker Prize-winning author Howard Jacobson (Hogarth) is a comedy about love in old age, between two nonagenarian Jews who meet at a funeral in London. 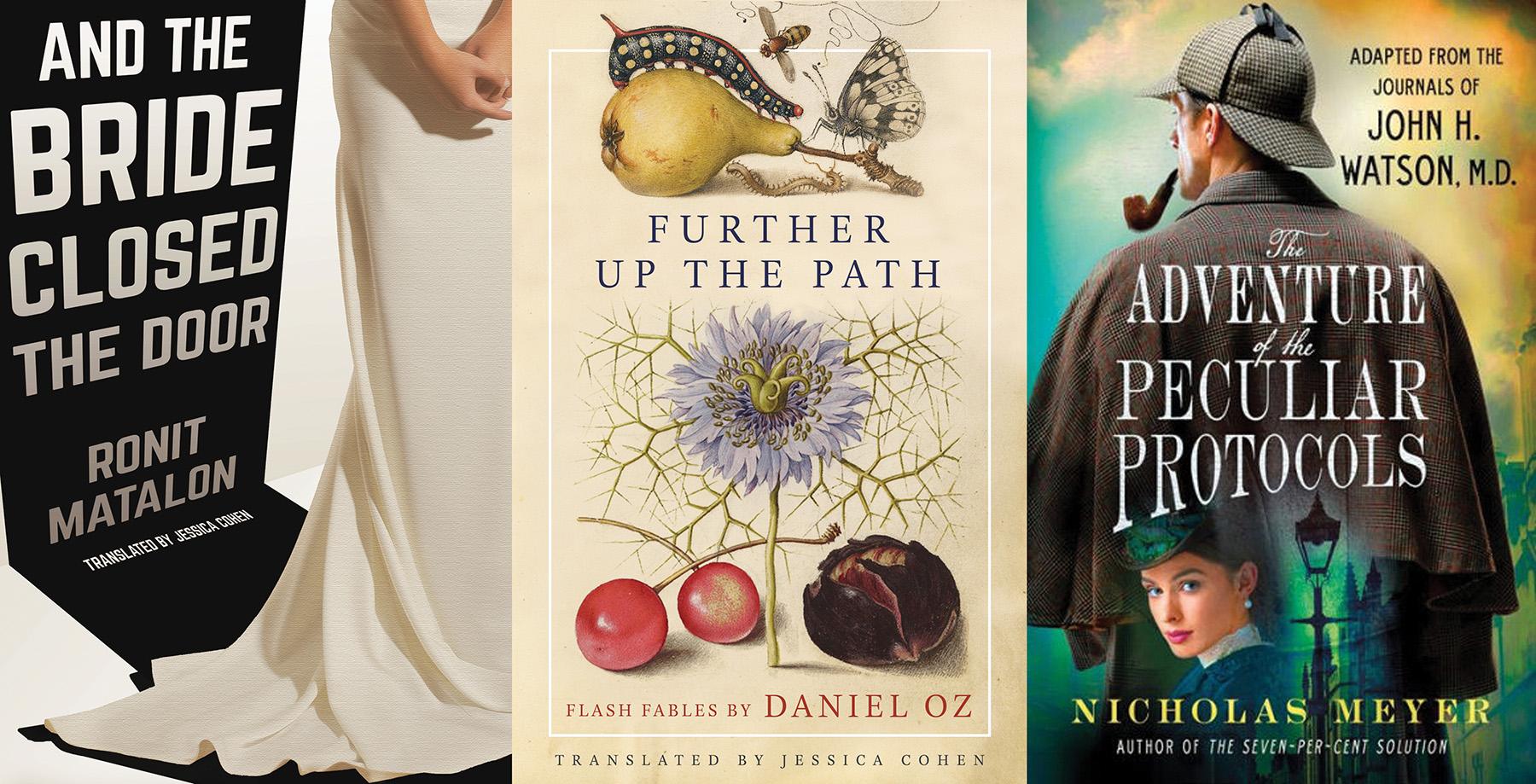 The latest novel by the late Israeli writer Ronit Matalon, “And the bride closed the door” (New Vessel Press) is the story of a young woman who locks herself in her bedroom on her wedding day, with her extended family on the other side of the door.

An unusual love story with politics as a backdrop, “The Berlin woman” by Alan Kaufman (Mandel Vilar / Moment Books) is about two writers, both children of Holocaust survivors, one Zionist and the other non-Zionist.

“The last train to London” by Meg Waite Clayton (Harper) is an intimate journey through the pre-WWII experience, following two children, whose lives became dangerous with the coming to power of the Nazis, and a resistance fighter Dutch.

At Jami Attenburg “It could all be yours” (Houghton Mifflin) a family is reunited in the summer in New Orleans as the father dies, but there isn’t much love for the real estate developer with shady deals in his past. Attenburg tells about family dynamics and emotional roller coasters.

“The Professor of Immortality” by Eileen Pollack (Delphinium Books) is the story of a future studies professor who seems to have it all, until her husband passes away, her son escapes and she finds out that a former student could to be a terrorist.

“Further: the flash fables” by Daniel Oz (BOA Editions) is a bilingual collection of very short stories, each under one page, translated from Hebrew by Jessica Cohen. They are short parables, folk tales or descriptive passages that tackle great questions of humanity and provide no answer. The author is the son of Amos Oz.

Director and screenwriter Nicholas Meyer’s new novel (“The Seven Percent Solution” and several films in the “Star Trek” series), “The adventure of special protocols” (Minotaur) features Sherlock Holmes investigating the creation of the anti-Semitic “The Protocols of the Elders of Zion”, with a Russian-American Jewish woman as heroine. 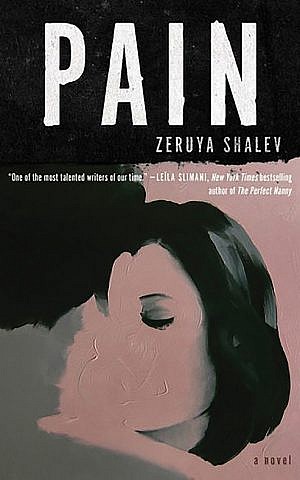 “Pain” by Zeruya Shalev (Other press) is the story of a woman who was injured in a terrorist attack in Israel, whose pain returns 10 years later, at the same time as the love of her youth returns to her life. The kibbutz-born author has published four previous novels and is widely translated. “Pain” is translated by Sondra Silverston.

“The liar” by Ayelet Gundar-Goshen (Little, Brown), translated by Sondra Silverston, is a novel by the Israeli author of “Waking Lions”. The work is about how one mistake can turn into thousands of consequences.

With additional reports by Aderet Scourge of fish.